Get in touch with us on

RGD Media Productions was founded in 2005 as a music production company, we’ve grown into a multi-talented creative team dedicated to working with top international organizations. Do you want to inspire others to action? We want to help. We use visual storytelling to connect story, purpose, and audience. And we’re really good at it.

What we do and why you should choose our services

We are one of the few production companies in Nigeria that creates amazing content with the required aesthetics and talents for the public to have the best viewing experience.
RGD Media Productions is dedicated to bringing the best productions to the world through our dedicated team of industry professionals and qualified actors. 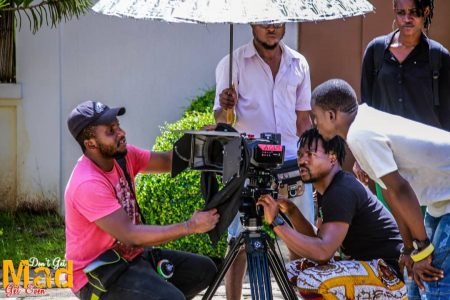 This is a journey of taking our inspiration from imagination and putting tangible details down on paper.

Script writing is the process when we write our stories in the screenplay medium. We write down the movement, actions, expression and dialogue of the characters in screenplay, in screenplay format.

In order to express ourselves effectively for the screen, particular formatting methods are required. Screenplay format is what we used to express the story visually. Our Scriptwriters or screenwriters write your story effectively for film, television show, documentary, and now even online web series. You can tell us your story in a dialogue form and we covert this to a script format.

A storyboard is a graphic representation of how your video will unfold, shot by shot.

It’s made up of a number of squares with illustrations or pictures representing each shot, with notes about what’s going on in the scene and what’s being said in the script during that shot.

Like a script, our storyboard visually guides us throughout the production process. When planning our video, we know which shots we need to create and how to create them when filming begins.

Our Pre-production is the planning stage. This is the stage where we get all of the ducks in a row so the rest of the production process is as smooth as gravy. In the pre-production stage we look into the casting, location scouting, equipment and crew, and the shot list all happen during pre-production.

Production is the actual filming of the video. This is the stage when we resume to field with all our crew, equipment, talent (actors) and all necessary props out to the location and capture all the footage necessary.

Also, in this stage we create  elements such as motion graphics, animation or voice-overs for the video, all material will be produced in the production stage.

Our post-production, is what we referred to as ‘post-stage’, when we focus on organizing, cutting, coloring and editing the footage captured in production. Post is where all our footages is constructed and given the final touches, the elements that really make the video pop, are added to the final product.

Our Behind the Scenes